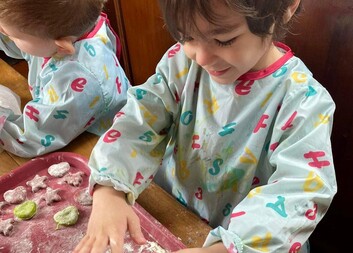 With the Support of CzechAid, Noe’s ASD Symptoms Importantly Improved

Noe Kartsivadze was identified with autism spectrum disorder at the age of one and a half years. After taking the child to several kindergartens, his parents did not hope to find a suitable developmental environment for him. Shortly, they learned about special group established in Zugdidi within CzechAid-funded project with the aim to provide quality services to the children with an autism spectrum disorder (ASD) and immediately contacted them. Noe has been attending special classes for eight months now, and thanks to the efforts of the specially trained teachers by Caritas Czech Republic, his condition has significantly improved.

Gvantsa Morgoshia, Noe’s mother, tells us that her son was one and a half years old when the pediatrician noticed that he was not a child with typical development. Gvantsa says that when the doctor addressed Noe by the name during one of the scheduled visits, he did not react, which made her concerned. She was interested how often Noe does not react to his name:

"I didn't know anything about autism before, so I didn't understand why she was asking me this question. I answered that I had never paid much attention to this nuance as when I called Noe by his name, at the same time, I went to him, and I was not waiting for his reaction."

At first, Gvantsa was quite concerned as she didn't know what she was dealing with, and as soon as she got home, she started looking for information about autism on the Internet. Soon she understood that Noe had five symptoms of autism spectrum disorder, the number of which increased over several months. Therefore, the parents brought their child to a neuropsychologist, who referred them to one of the autism centers in Batumi. 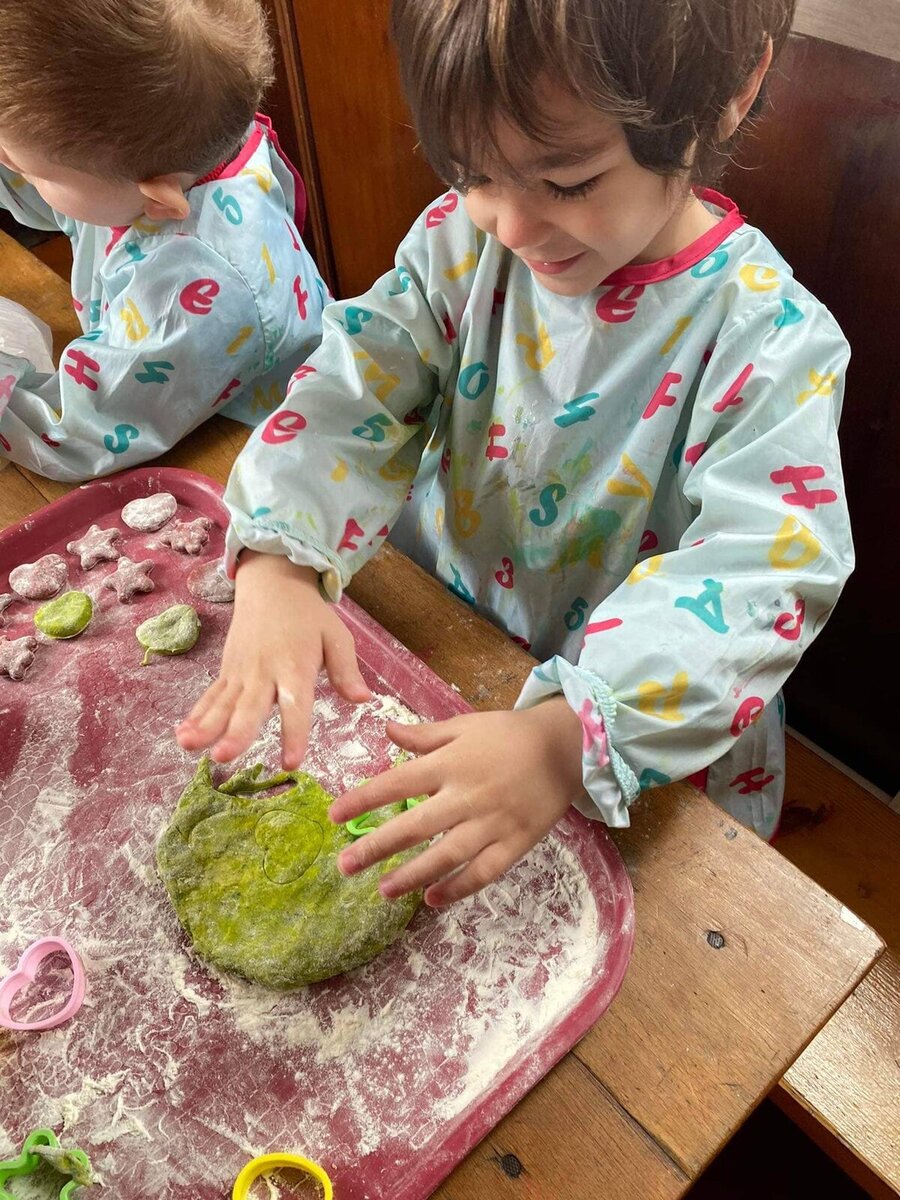 After a year and a half of involvement in the special developmental and educational activities at the autism center, Noe’s family moved to Zugdidi city and soon learned about the special group opened with the support of Caritas Czech Republic:

"Before moving to Zugdidi, I changed three kindergartens in Batumi providing services only for children with typical development. I was very dissatisfied as Noe needed special attention and a lot of effort to be engaged in various activities, but no one made any effort for that. Thus, Noe was even more closed in himself."

Gvantsa tells us that during the eight months since Noe was transferred to the Zugdidi kindergarten, everyone notices steady progress in his development. Noe began speaking, saying sentences of a few words, became more communicative and cheerful and began to eat solid food without problems. With exercises and the help of specially trained teachers as well as based on the advice given by them to his parents, Noe handled almost every problem he had.

At this stage, Noe only has a speech delay and often behaves emotionally. However, kindergarten teachers say that children with typical development often behave the same. Gvantsa is going to take her child to a specialist for an assessment, who may re-evaluate his condition:

"Parents should not be afraid to admit and publicize this problem. It was very important for me to be able to talk about this topic and share the experience of others. The more people start talking openly about the autism spectrum disorder, the more steps forward will be taken for children with such problems. The stigma will disappear." 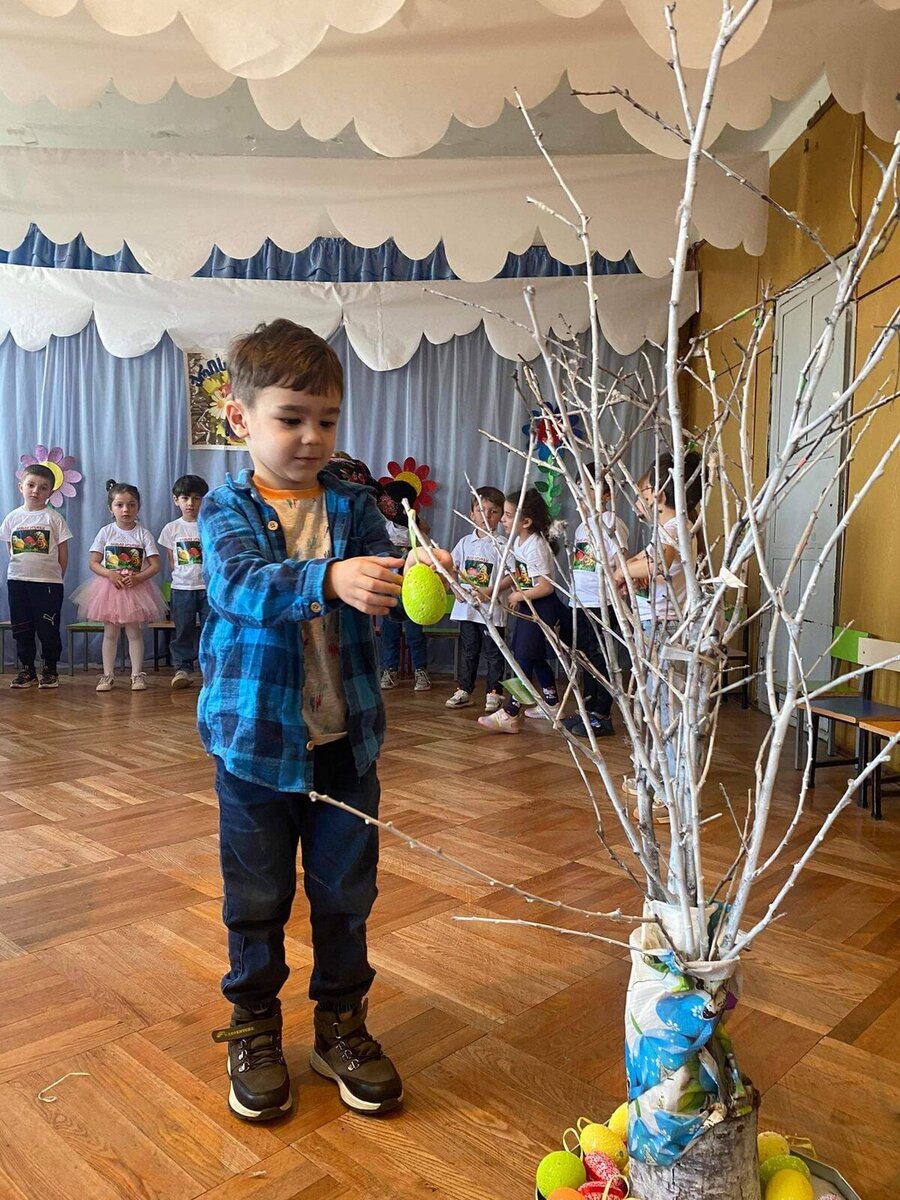 Identifying the autism spectrum disorder (ASD) at an early age and providing children with appropriate rehabilitation services is crucial for preparing them for an independent life. Caritas Czech Republic has been working to provide quality and affordable services for people with ASD since 2015.

One of the most important components of the project implemented with the financial support of the Czech Development Agency (CzechAid) was the promotion of inclusive education in Georgia. In doing that, Caritas Czech Republic selected three pilot kindergartens across the country (in Tbilisi, Zugdidi, and Telavi) and created a suitable environment for promoting the inclusion of children with ASD in kindergarten activities.

Our organization equipped the so-called transitional groups for the therapies for children with ASD. In addition, we have provided training sessions in inclusive education for teachers of kindergartens and 10 special specialists. As a result, now the state has a ready-made model for inclusive education in kindergartens which can be introduced and implemented in other municipalities throughout the country.

Thanks to the financial support from the Czech Development Agency (CzechAid), Caritas Czech Republic implemented a project aiming at expanding and improving the services for people with ASD, as well as professional strengthening of specialists working in the field. Our organization carried out activities with a total budget of up to 255 000 Euros, in close cooperation with Ilia State University's Child Development Institute and the Georgian Academy of Childhood Disability. The project was elaborated together with the Ministry of Health of Georgia, considering the priorities of the Government of Georgia in the mentioned sector. 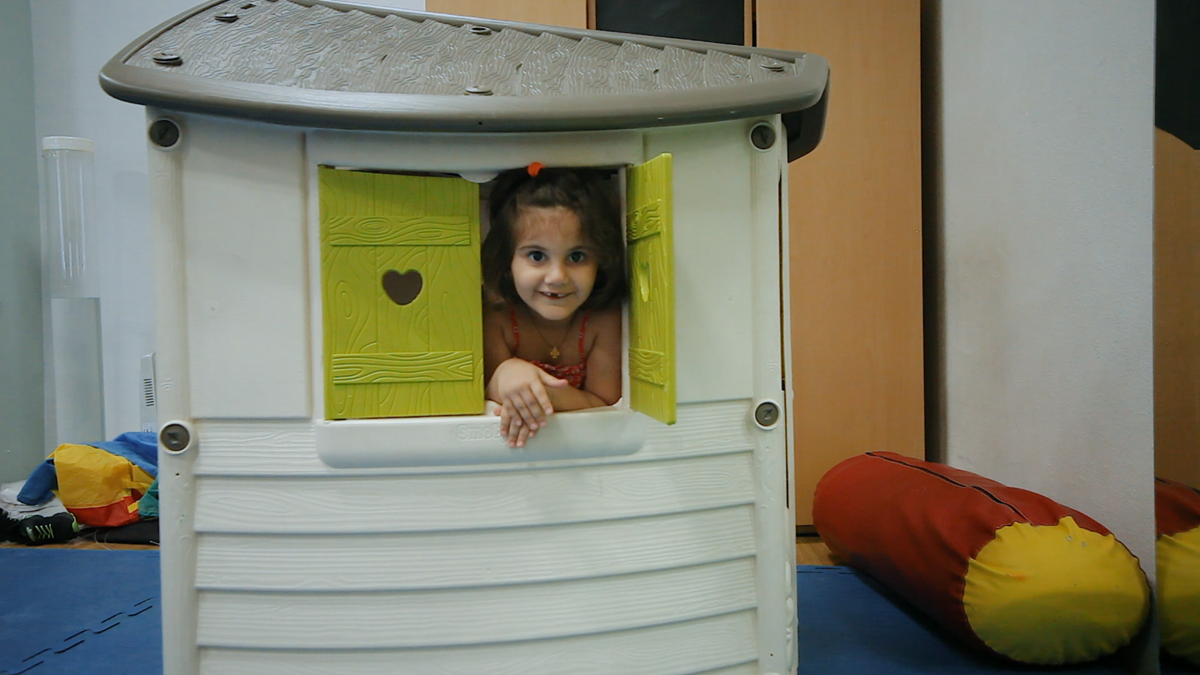 Caritas Czech Republic started to improve the environment for children with ASD through educational activities for autism specialists and capacity-building of PHC professionals. We have trained rural doctors, procured and delivered the Autism Diagnostic Observation Schedule (ADOS 2), trained specialists in the use of ABLLS-R and EFL tools and funded specialists to undergo trainings to become certified supervisors. Caritas Czech Republic introduced alternative approaches of autism intervention – DENVER and SCERTS and provided trainings for specialists from Tbilisi and regions.

Allocating relevant budget for the involvment of children in municipal autism programs was another very comprehensive issue that Caritas Czech Republic decided to address with regular advocacy meetings with local municipality representatives. As a result, in 2020 and 2021, various municipalities funding the autism program. It also became possible to increase the quota of beneficiaries involved in such programs as well as assigned hours of ASD therapies in various municipalities.

Noteworthy the results achieved at the central level. In 2018, the Ministry approved the national protocol – Identification, Diagnosis and Management of Autism Spectrum Disorder, which is a guide for health and autism specialists working in the field. In addition, the Association of Behavior Analysts developed and submitted to Parliament of Georgia a legislative initiative that will lead to the regulation of the activities of behavior analysts in the country. In 2020, the Ministry of Health of Georgia approved the National Autism Service Standards elaborated by the multidisciplinary working group established under the project.

Did you enjoy reading this article? Read more: