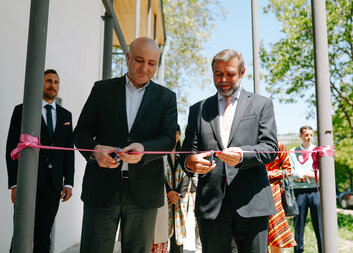 Within the framework of the Czech Development Agency-funded project „Way to Home: Development of Adult Alternative Social Services in Georgia“, Caritas Czech Republic handed over two family-type homes for persons with disabilities to the State Care Agency. The procurement, rehabilitation and handover of these houses is a part of Caritas Czech Republic’s broader contribution to the deinstitutionalization of large boarding institutions in Georgia. The initiative is financially supported by the Czech Development Agency.

Caritas Czech Republic has been addressing the disability issue since its mission’s establishment in Georgia. In 2020, our organization launched four-year project that aims to contribute to the deinstitutionalization of large boarding institutions by supporting the Government of Georgia with various legislative initiatives and helping persons with disabilities (PwDs) in starting an independent life. One of the main successes of the project so far was the handover of two family-type homes to the State Care Agency that are intended for setting up small residential services for the beneficiaries currently living in large boarding homes. In the following year and half, additional four houses will be completed and given to State Care Agency. Bees - an unexpected tool in the fight against poverty

Since 2018, on 20th May we celebrate World Bee Day. The importance of bees for the ecosystem and the food industry has long been known. But these insects are also a source of work and livelihoods in developing regions. One example is the Mantapala refugee camp in Zambia, where dozens of refugees have started to make a living from beekeeping thanks to Caritas Czech Republic. 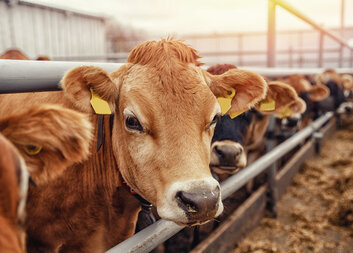 Supporting rural development has been one of the flagships of Caritas Czech Republic’s work in Georgia for years. Within various donor fundings, our organization has worked on diversification of the rural economy by supporting farmers and entrepreneurs from different regions of the country. Currently, we are launching a new project that aims at increasing the income of the beef farmers from Tusheti, Pshav-Khevsureti, and Khulo Municipality by ensuring efficient production resources and inputs, the necessary knowledge, market access and value-added opportunities. The initiative is financially supported by the Czech Development Agency. Moldova, the poorest country in Europe, has received the largest number of refugees per capita since the start of the war in Ukraine. Although the country welcomed refugees with open arms, it soon reached the limits of its capacity. Caritas Czech Republic launched a project in Moldova to help vulnerable refugees. In total, we will support over 200,000 refugees, relieving the overburdened Moldovan state.