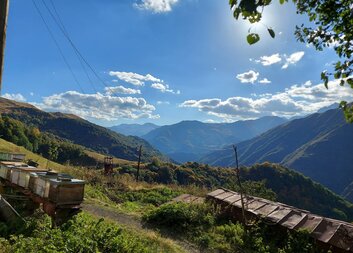 Sustainable Agriculture Development in Georgia: The Challenges and Opportunities the Country is Facing

Although widely spread in mountainous regions of Georgia, livestock production is currently generating one of the lowest incomes from all livelihood activities conducted in rural areas, and thus it does not contribute much to the socio-economic development of those areas. To address this problem, since 2022, Caritas Czech Republic works on a project that aims to increase the income of the farmers living in the Tusheti and Pshav-Khevsureti area, and Khulo municipality by changing their practices, related to livestock breeding and feeding, animal health, and pasture management, towards more sustainable and productive ones.

This material was published in a weekly newspaper Georgia Today.

In the framework of the project, the organization works on improving local farmers’ access to the market through business development, increasing sanitary and biosecurity standards, and strengthening linkages to buyers and finances.

To learn more about the terms of sustainable agriculture development in Georgia, and what kind of challenges and opportunities the country is facing, GEORGIA TODAY sat down with Caritas Czech Republic’s Project Expert Anzor Gogotidze.

He explains that while sustainable agriculture encompasses many things, the project itself focuses on cattle farming, in this case, sustainable cattle farming, and includes using not only grazing land but also a number of other issues related to veterinary services, animal wellbeing, nutrition, etc.

“In Georgia, we do not have grazing land- such a term is not recognized by Georgian legislation. After the collapse of the Soviet Union, and the destruction of the structures, the population, especially in mountainous regions, regulated this issue with historical memory, meaning certain pastures belonged to the village,” Gogotidze tells us.

In the 1950s, when the Soviet farms were formed, Tusheti was turned into a single large pasture, and this direction was determined by sheep breeding, as well as, to some extent, cattle farming. After the collapse of the Soviet Union, when the state farms were disbanded, the population itself, on the basis of memory, set the borders between certain villages.

“A similar process developed in other regions of Georgia- meadows near the village are called village pastures, and the local population uses it as pasture, although it is not legally allocated to the village,” the expert explains.

“Now a big project is underway in Georgia with the help of FAO, and a pasture management policy document is being drafted, based on which the relevant law should be refined, and to some extent, this rural pasture as a form of social benefit can already be legalized, although there are many problems on the agenda, for example, the matter of management, how the village pasture should be managed. As noted in existing legislation, the pasture can be leased, if it is state or municipal property, in the form of an auction, in which not only the village residents can participate, but also any interested legal or physical person, and it can happen that the pasture no longer belongs to a village. and it might be owned by a legal or physical person who has not had any contact with that village until then, but has a certain agricultural/economic interest in this pasture,” he says.

To solve this problem, adopting the French experience seems to be the best fit, where associations of grazer users are formed and these associations become lessees of this pasture. The founders of this association are local pasture users, and they themselves make decisions based on the pasture management plan. 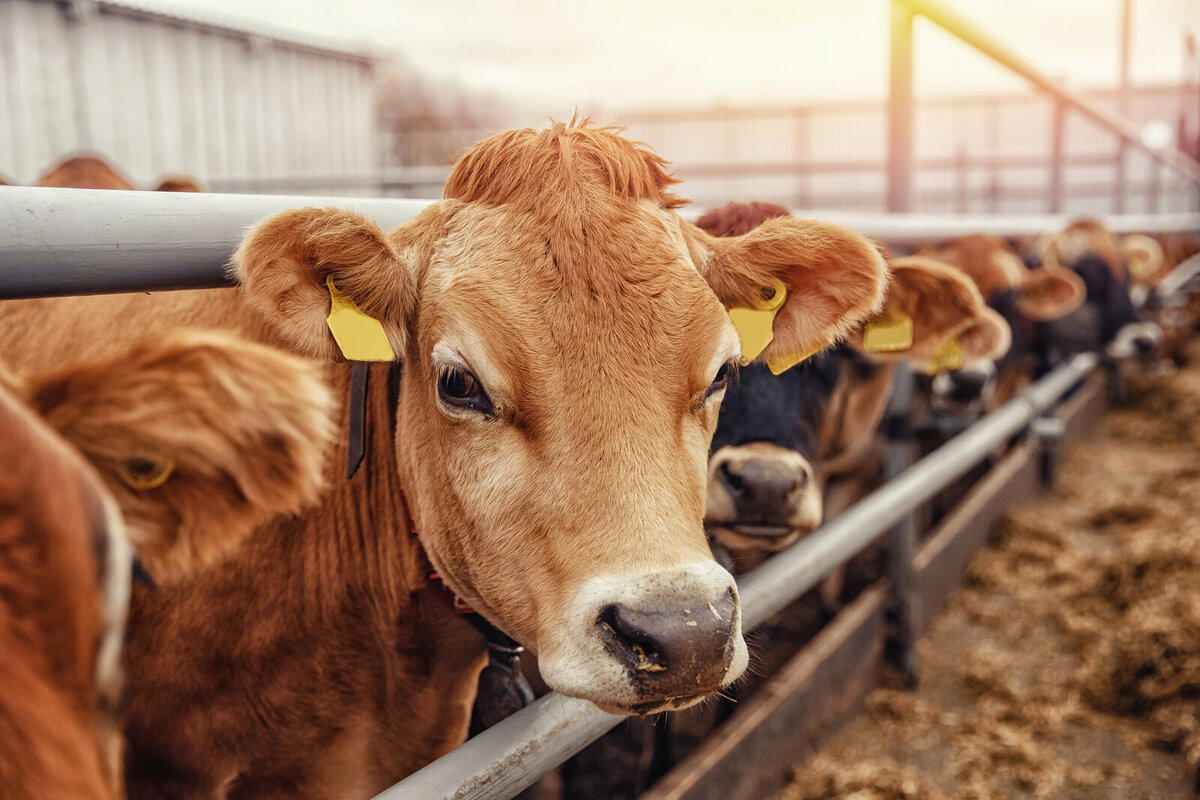 What is the condition of the existing village pastures? Should there be a state program to improve the situation?

All villages have these pastures, although this is also a subject of conflict between the state and the local population. For example, where the National Property Management Agency manages most of the pastures today, 3% of the pastures have been transferred to the municipalities. They can lease these pastures, but they are not for sale, and there are very few privately owned pastures in Georgia. However, we do not even know the price of the land. At this stage, various state programs are working to determine what the area of agricultural plots is, including the area of individual plots, so as to be able to register the existing plots and determine what the region has in the form of such great wealth as land.

What kind of danger can degraded pastures cause? Is it possible that the results of it are natural disasters along with economic loss?

Pastures in the country are managed, neither properly, nor in general. Herdsmen manage the grazing system based on old knowledge, which does not rely on scientific information. There are often cases that the population refuses to accept new knowledge- they think the understanding they have inherited from their ancestors is the only solid and right one.

The pastures that we have are degraded, and productivity is low. This is more obvious in the mountainous regions, where landslides and erosion develop naturally, not only as a result of grazing but through wind and water erosion. Our agriculture today is mainly extensive, meaning in order to increase the number of products produced, we do not increase the productivity of the animals, but increase their fertility, and we think that this is the only way to get more products and income. Ultimately, this leads to the development of negatives, like land degradation, and so on, which are related to the country’s food security. It is an important issue when the global population now stands at 8 billion. 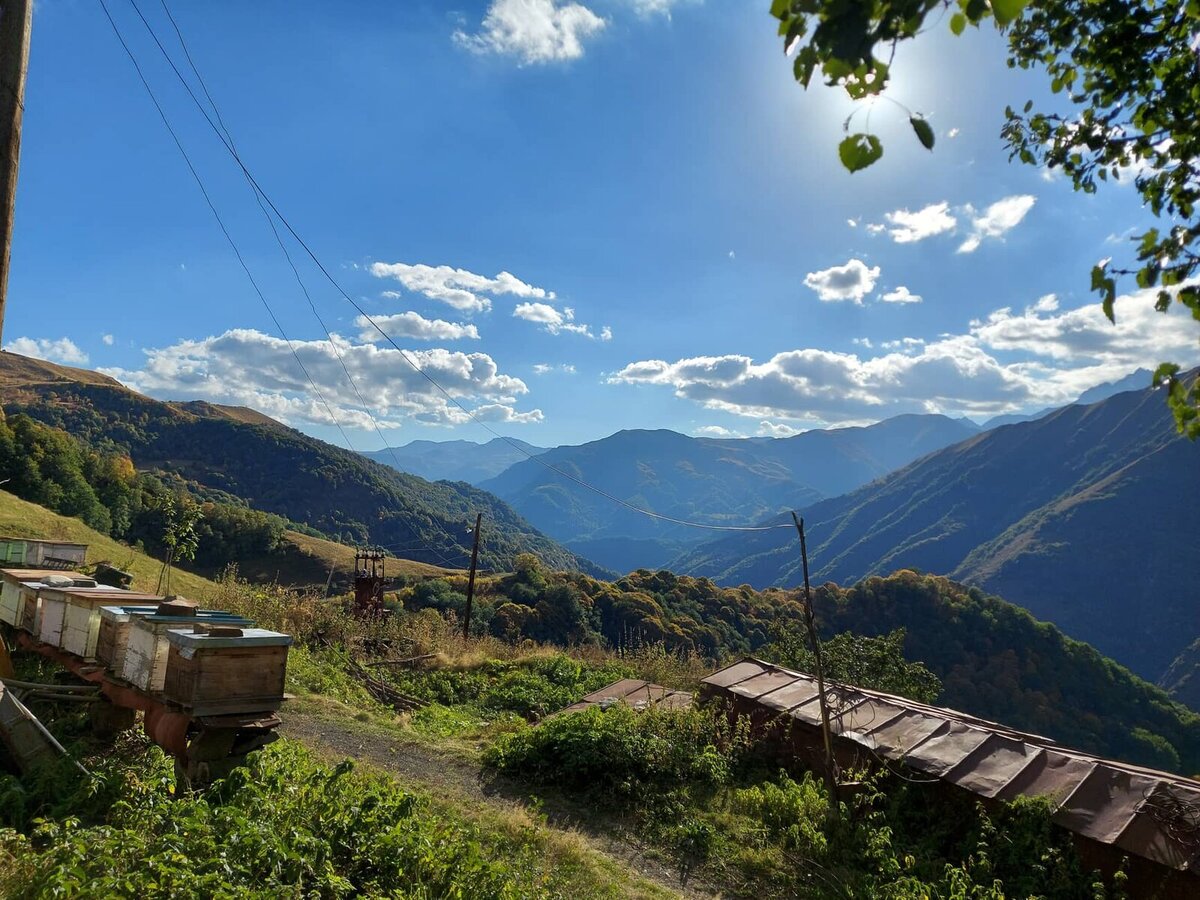 Why is having a proper pasture important?

A productive pasture means that we have highly productive livestock, we produce more products with fewer labor costs, the farmer gets more income, the quality of life increases, one no longer runs away from the country and there is no shortage of milk and milk products in the country. Especially in recent years, the prices of milk and milk products have increased significantly.

Gogotidze emphasizes the importance of implementing rotational grazing practices. He recalls his experience while working in Tusheti, where several pilot plots were organized so as to see how the rotation grazing of the plot would work. For this purpose, they used electric fences and as he remarked, the plot was very successful. As a result, the local population realized its importance and started introducing electric fences in other villages of Tusheti, particularly on the winter pastures. Electric fences are now widely used in Georgia and are no longer an innovation, but a developed practice.

“Within the Caritas Czech Republic project, the principle of rotating grazing using electric fences will be implemented in three mountainous regions of Georgia: Tusheti, Pshav-Khevsureti, and Khulo municipality,” Gogotidze tells us.

“As a result of the project, the number of beef-producing farms following sustainable and more productive cattle farming practices will increase, the selected farmers will get better access to the market, and their income will increase accordingly. Moreover, Georgian farmers will have an opportunity to get acquainted with the Czech know-how of precision agriculture through B2B matching events for Czech and Georgian agro-companies,” he adds.

The organization has been working in the direction of rural development for years and this project is another step forward.

Their work is far from over, and Georgian farmers have nothing but benefits to reap.

Cattle farming in Georgia: Towards increased productivity, competitiveness, and sustainability

Project aim: to contribute to the sustainable agricultural development of selected mountainous regions of Georgia by securing their basic living conditions

Supporting rural development has been one of the flagships of Caritas Czech Republic’s work in Georgia for years. Within various donor fundings, our organization has worked on diversification of the rural economy by supporting farmers and entrepreneurs from different regions of the country. Currently, we are launching a new project that aims at increasing the income of the beef farmers from Tusheti, Pshav-Khevsureti, and Khulo Municipality by ensuring efficient production resources and inputs, the necessary knowledge, market access and value-added opportunities. The initiative is financially supported by the Czech Development Agency.