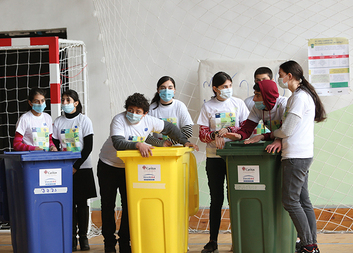 Every year, about 900,000 tons of municipal waste is generated in Georgia, 700,000 tons of which are dumped in landfills. Currently, data on the amount and specificity of generated waste is not available in 47 out of 56 municipalities (that is to say, with the exception of relatively larger cities and towns such as Telavi, Gori, Akhaltsikhe, Kutaisi, Ozurgeti, Batumi, Tbilisi, Rustavi and Borjomi).

According to the Association Agreement with the EU, Georgia has an obligation to implement necessary reforms and to harmonize legislation with a number of EU directives, including in the fields of environment and sustainable development. Among these obligations, waste management remains as perhaps the most acute and toughest challenge to overcome. The practice of waste control, reuse, recycling and recovery in Georgia is severely underdeveloped, and is currently limited to materials such as paper, glass, and plastic. 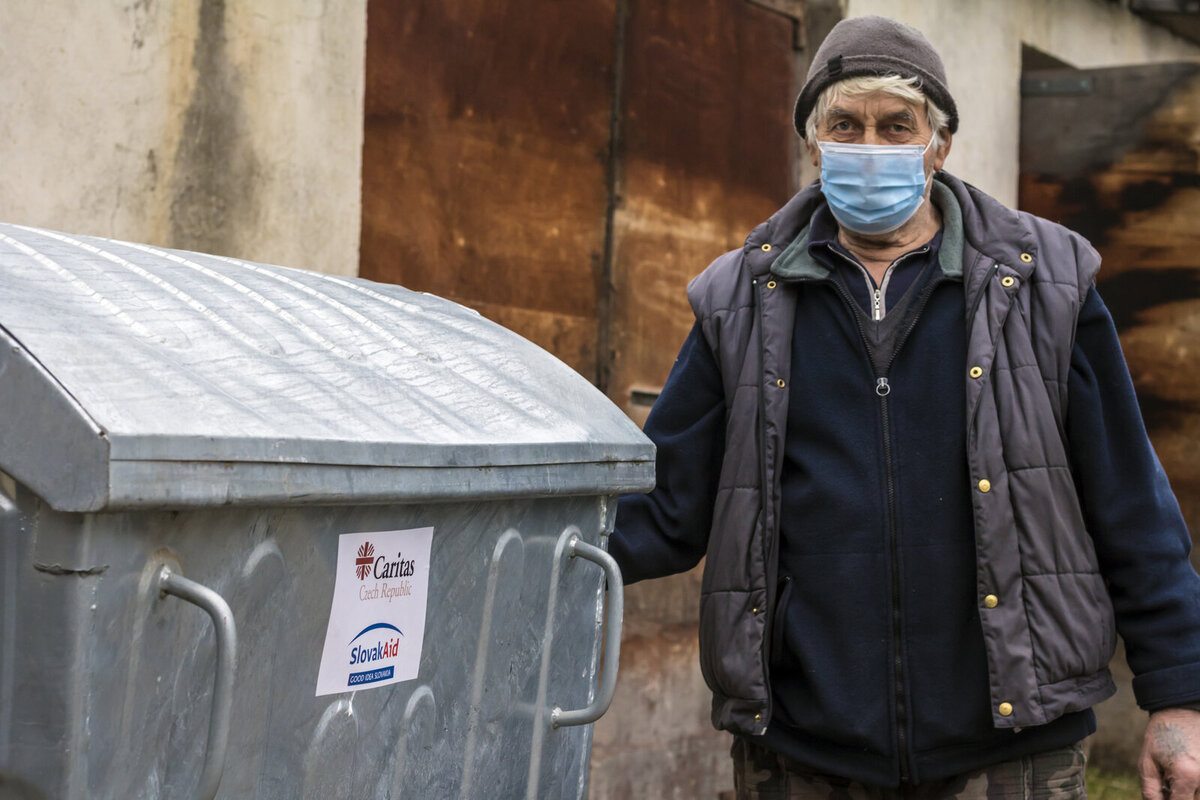 A new law on waste management, in line with EU standards, the “Waste Management Code”, entered into force in January 2015 with the aim of protecting human health and the environment by preventing or reducing waste generation and its adverse effects; introducing effective waste management mechanisms; and promoting more efficient use of resources. The latter has long been one of the cornerstones of Georgia’s waste problem: there are not enough resources to start with, and whatever is available is often mismanaged.

Clearly, Georgia’s waste management sector needs to change significantly, but steps in this direction are already being taken, with numerous foreign and local organizations working to support Georgia in meeting the challenges. One example is Caritas Czech Republic (CCR)’s continued assistance to the country in the sector of waste management, seeing it help several Georgian municipalities to develop a sustainable framework for waste management, as well as provide them with necessary equipment, including garbage trucks and waste containers, significantly easing the waste collection and transportation challenges that these municipalities have been struggling with for years.

Waste management has long been one of CCR’s priorities in Georgia, and they have stayed true to their motto: “We help where needed”. Sharing the Czech and Slovak know-how, they have developed a much-needed waste management plan for the protected areas of Pshav-Khevsureti, which was incorporated to the existing Waste Management Acton Plan of the Dusheti Municipality. For improved waste management practices, a sustainable waste management model has also been worked on for the Racha-Lechkhumi and Kvemo Svaneti region. 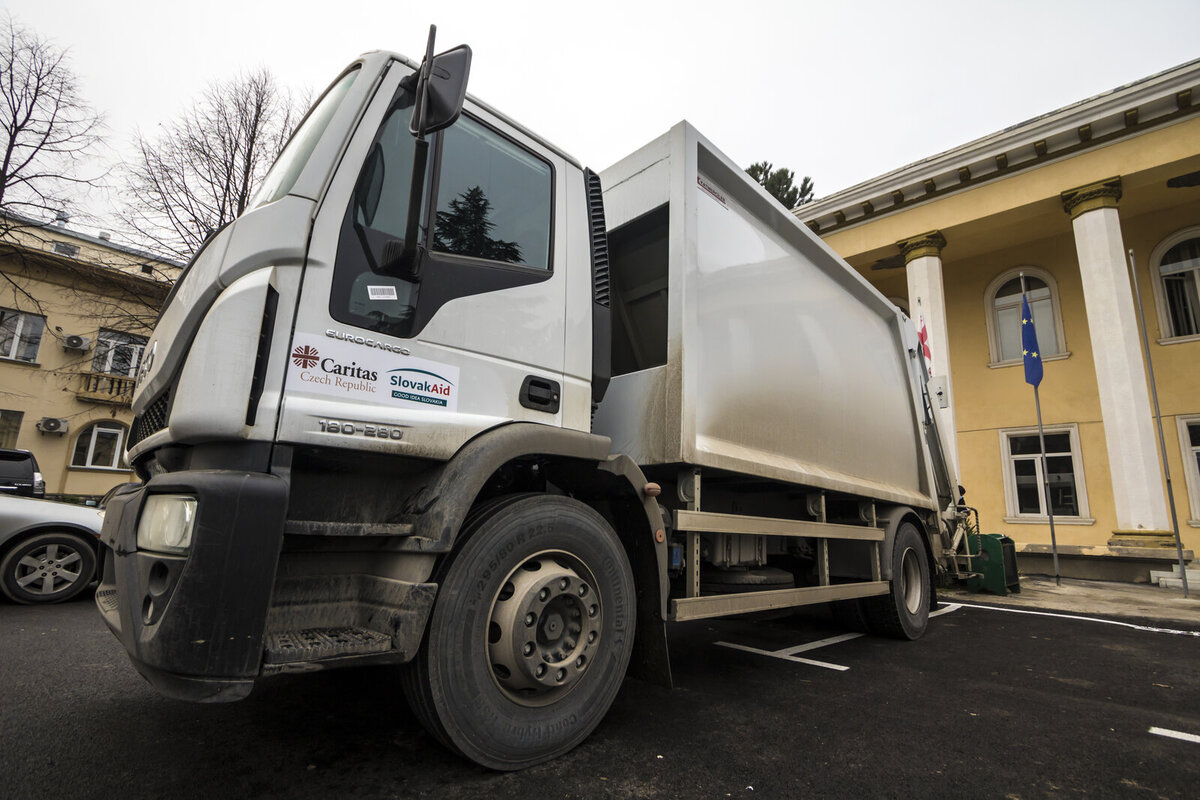 “With the sustainable waste management model in place, CCR provided trainings and technical expertise to municipalities, as well as conducting awareness-raising activities among the local population based on a mantra of four R-s: repurpose, reduce, reuse, recycle,” Jan Blinka, Head of Mission at Caritas Czech Republic in Georgia, told GEORGIA TODAY. “Special emphasis was put on actions focusing on biodegradable waste practices- composting and other ways to reuse organic waste. Considering that the majority of waste generated is of a biodegradeable nature, composting not only decreases its overall quantity, but can also be converted into an organic fertilizer, thus improving farming practices and decreasing the use of chemical fertilizers.”

As mentioned above, CCR has not been supporting municipalities only with technical assistance, but also with the procurement of hardware and equipment. Recently, garbage trucks equipped with modern technologies and waste containers were handed over to the Khulo, Oni, and Dusheti municipalities.
Dusheti municipality is the largest in Georgia by territory. In Dusheti, settlements are tens of kilometers away from each other, which creates severe obstacles in terms of transportation. In December 2020, Caritas Czech Republic handed over to the municipality a 14-cubic-meter garbage truck of modern standard worth 100,000 Euros, and fourteen 1110-liter metal garbage bins. The garbage truck was put into immediate service for the population of the region.

“At present, waste is collected and disposed of from about 85% of the settlements,” Dusheti municipality representatives told us. “The garbage trucks have to travel hundreds of kilometers every day from one spot to another. For example, in order to reach the mountainous Shatili settlement, a truck has to travel about 230 kilometers, so the proper condition of the truck is important to cover these distances. We have a total of four garbage trucks, but one was damaged in an accident. As such, it was a tremendous relief to receive a new 14-cubic vehicle, for which we are once again grateful to Caritas Czech Republic.”

The project and the transfer of inventory to the municipality of Khulo was funded by the European Union within the Promoting Rural Development and Diversification in Khulo Municipality ENPARD project. In the cases of Dusheti and Oni Municipalities, the purchase of the equipment was financially supported by the Slovak Government.

It is expected that Caritas Czech Republic will continue to help Georgian municipalities to manage waste more efficiently, safely and quickly, and that environmental protection in Georgia will eventually be pushed back as a challenge, thus enabling the country to meet its EU Association obligations more efficiently.