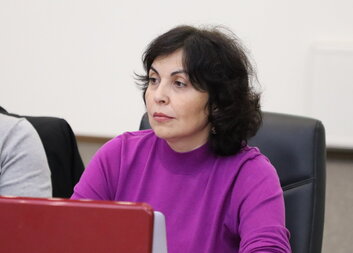 In Georgia, process of transferring adults with disabilities from large boarding houses to family-type homes began in 2011 and is still ongoing. In 2020, Caritas Czech Republic, with the financial support of the Czech Development Agency and in close cooperation with the Ministry of Health of Georgia, developed a deinstitutionalization strategy and an action plan. In addition, our organization took responsibility for providing community-based homes and services for persons with disabilities (PwDs) living in two large boarding homes under state care. 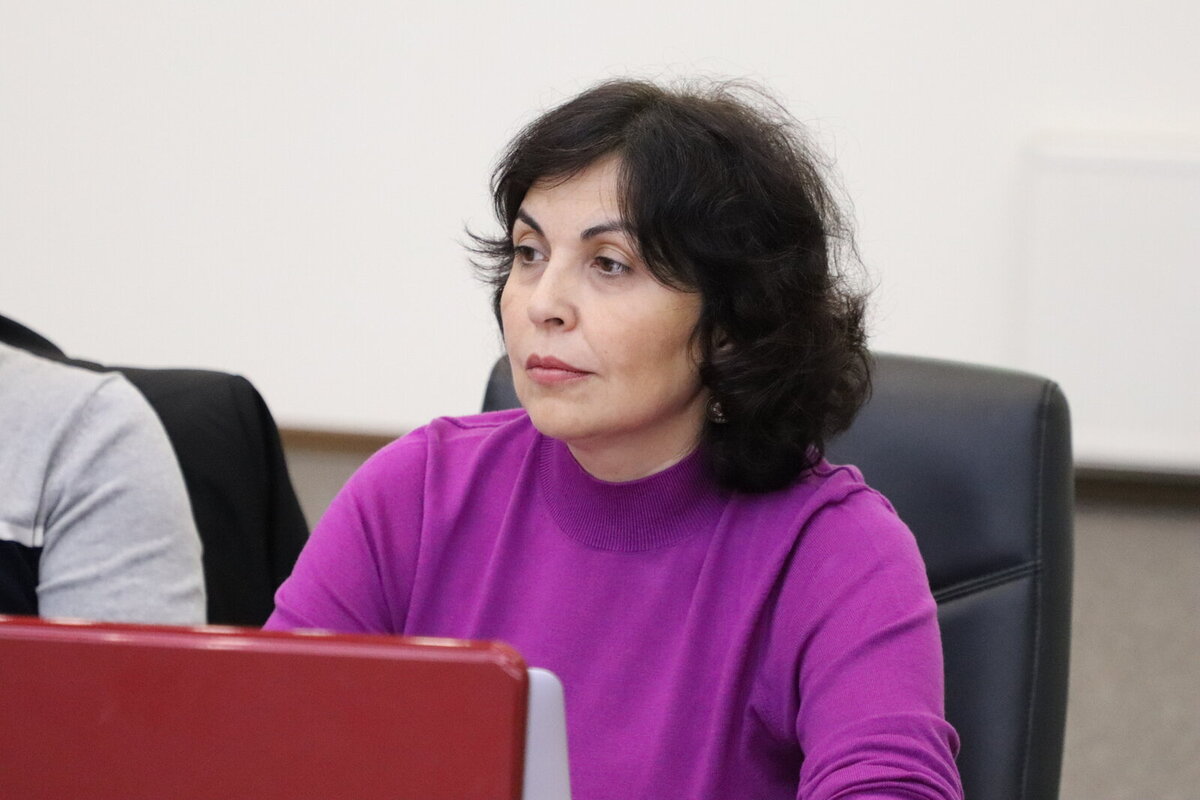 How did the deinstitutionalization process begin in Georgia and what was the turning point for introducing alternative social care services for adults with disabilities?

The deinstitutionalization process in Georgia started twenty years ago. In the 1990s, the number of children with disabilities in institutions and accordingly the number of institutions increased. Based on the recommendation of the UN Committee on the Rights of the Child, the country had to start the deinstitutionalization process – first, by returning children to their families, then by introducing a foster care model. Since 2010, the reform has spread throughout the country and by 2012, a large number of children's institutions were closed. Notably, this process almost did not affect adults with disabilities. Of course, this was on the agenda too, but at that time, the efforts in this direction were less.

In December 2013, the Convention on the Rights of Persons with Disabilities was ratified, one of the important paragraphs of which is the promotion of independent living for persons with disabilities. Disabled person should live in the community and should choose where and with whom to live, says the mentioned paragraph. This is the concept of independent living. Notably, the organization "Hand in Hand" implemented one of the first significant initiatives in Georgia by introducing small family-type homes for adults with disabilities almost ten years ago.

Providing deinstitutionalization for adults with disabilities became the priority and in this regard, the state needed a partner that would not only create services but also work at the policy level. And Caritas Czech Republic became one that plays a vital role in all this. If particular adults with disabilities have their own housing, they should return to their homes, if not – the state should create alternative homes for them. And the latter is what Caritas Czech Republic provides for them.

At the beginning of the project, a multidisciplinary team was formed whose activities were of great importance in preparing the beneficiaries living in boarding houses for a new life. What was the role of persons with disabilities in this process?

The most important thing in the vision of your organization was that at the first stage we did not start working directly on the documents, but we began evaluating the people living in the boarding houses of Dusheti and Martkopi – we had to study their interests, needs, attitudes, and wishes.

A multidisciplinary team was formed consisting of psychologists, occupational therapists, social workers, doctors, and psychiatrists. This team worked both with the staff of the mentioned institutions as well as with the beneficiaries themselves. It was important to understand the attitudes of persons with disabilities regarding the upcoming changes. Unfortunately, many of them started living in a boarding house right from the maternity home, not because of the family's economic problems but because of the stigma. That is why it would be a big mistake not to look at the process of deinstitutionalization from their perspective. This evaluation showed us how to set up the services properly.

Then you started working on a deinstitutionalization strategy and action plan to create institutional prevention mechanisms. What are the results?

Initially, we worked on the mentioned documents together with the Ministry of Health of Georgia and the State Care Agency. Later, we started discussions with the community of persons with disabilities and the organizations working with them. In this process, we received a recommendation that this work should not only result in deinstitutionalization but also promote independent living.

As a result of long-term work, we have adopted a strategy that primarily considers the prevention of institutionalization – what kind of support a child, an adult and their families need not become at risk of institutionalization. We call these "supportive services", for children – early intervention, habilitation/rehabilitation programs, daycare centers, and for adults – personal assistance, etc.

That's why we worked with the state to create a mechanism for preventing institutionalization, for which local and central government resources would be combined. It is good that now this process is going so jointly in the state policy that the state has approved the standards of this service and plans to start personal assistance. These people definitely need to know that they have rights, can make decisions, get an education, etc.

If a person has to use state care for a particular reason, it is important to have a variety of alternative services to choose from. Unlike children, we have only one service for adults with disabilities – small family-type services in small homes with 5-6 people in them. When more people and additional staff gather into this type of home, a structured environment is created which establishes institutional care.

In the strategy, we also emphasized that in addition to this housing, there may be different types of alternatives. For example, an apartment for two people or a private house in which she/he will live with another person with disability and receives services on-site. The assessment carried out in boarding houses now helps us create this model and modify the standards. Now, as we aim to close the existing large boarding houses, we need to create services that are accessible to persons with all types of disabilities.With the financial support of the Czech Development Agency, important steps have been taken to deinstitutionalize adults with disabilities.

How and with whose involvement do you see the end of this process?

To end this process, the support of the Government of Georgia and the active involvement of the Parliament of Georgia is important. The executive function of this policy has the Ministry of Health of Georgia, which should cooperate with various ministries on a horizontal level and with self-governments and the state care agency – on a vertical level. In this process, the role of local and international organizations is of great importance. At this stage, the support of the Czech Development Agency and Caritas Czech Republic plays a major role. 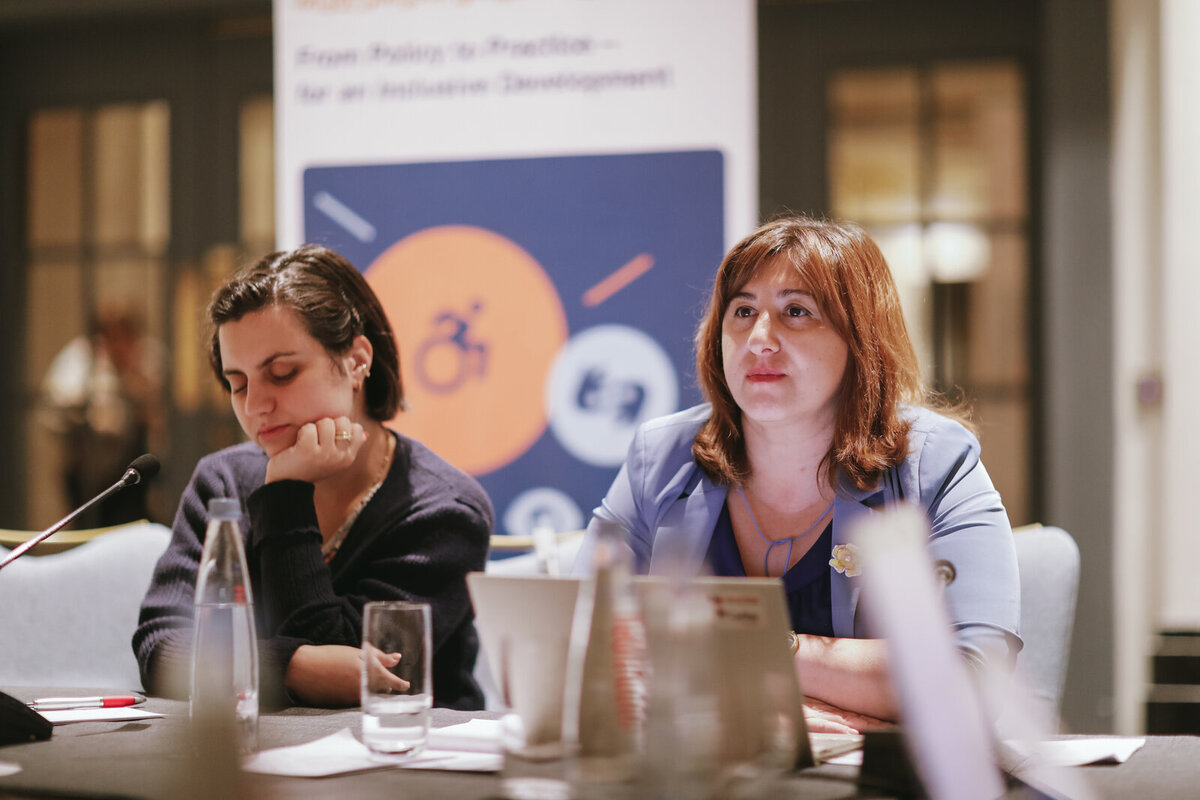 What are the aspects of the deinstitutionalization process and what are the services/standards created with the financial support of the Czech Development Agency?

The deinstitutionalization of large boarding houses is a complex process that requires a lot of effort from all involved parties. It is not just a physical transfer of institutionalized beneficiaries from large housing to alternative social services but a major social transformation – starting a new life and the realization of the rights of persons with disabilities, as well as systemic changes. This process also requires the willingness of every citizen to better understand the negative sides of the existence of such institutions and support the rights of all these people in becoming full members of society.

Many developed countries have been going through this process for a long time and there are many examples of success stories that Georgia also shares. In order to complete this process and to ensure sustainability and irreversibility, it is necessary to strengthen the prevention mechanism of institutionalization, and the provision of alternative and supportive services. Worth mentionenin the importance of the services and standards created with the support of the donor within framework of the project, such as pediatric long-term care, small family-type service for adults, and home care service standard. The latter is one of the important services for the prevention of institutionalization and hospitalization, which allows a person in need of care to remain in her/his own environment and benefit from services while her/his family members are provided with relief and support.

This is a complex issue on which Caritas Czech Republic is working with the financial support of the Czech Development Agency. For our organization, this is one of the significant and large-scale projects implemented in cooperation with the State Care Agency and the Ministry of Health of Georgia.

On May 18, 2022, Caritas Czech Republic within the framework of the Czech Development Agency-funded project „Way to Home: Development of Adult Alternative Social Services in Georgia“ handed over two family-type homes to the State Care Agency.

Although the deinstitutionalization process in Georgia began in 2011, it still has not been finished. In 2020, thanks to the financial support from Czech Development Agency, Caritas Czech Republic elaborated a deinstitutionalization strategy and an action plan in close cooperation with the Ministry of Health of Georgia, and took the responsibility to provide community-based homes and services for persons with disabilities (PWDs) living in two large boarding homes under the state care.