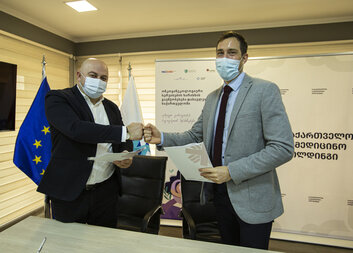 Since its mission’s establishment in Georgia, Caritas Czech Republic has been active in interventions related to cancer prevention and early detection in West Georgia. After the establishment of Zugdidi Screening Center in 2019 and conducting years-long public awareness campaign, our organization just launched a new project that aims to improve the quality of onco-gynecological services in Samegrelo-Zemo Svaneti region and Adjara Autonomous Republic. The intervention is financially supported by the Ministry of Interior of the Czech Republic through its MEDEVAC Program.

Effective fight against malignant disease remains a public health challenge of the XXI century for the global world as well for Georgia, especially in regions. The population of rural areas has low geographical accessibility to modern methods of prevention, early detection and treatment of cancer disease.

To address the above-mentioned problem, Jan Blinka – Head of Mission of Caritas Czech Republic in Georgia and Teimuraz Kapanadze – Director of Georgian Medical Holding signed a Memorandum of Understanding to officially forge the partnership, within the project financially supported by MEDEVAC program of the Ministry of Interior of the Czech Republic. With a new initiative, Caritas Czech Republic will support Georgian Medical Holding to improve the quality of onco-gynecological services in Samegrelo-Zemo Svaneti region and Adjara Autonomous Republic. 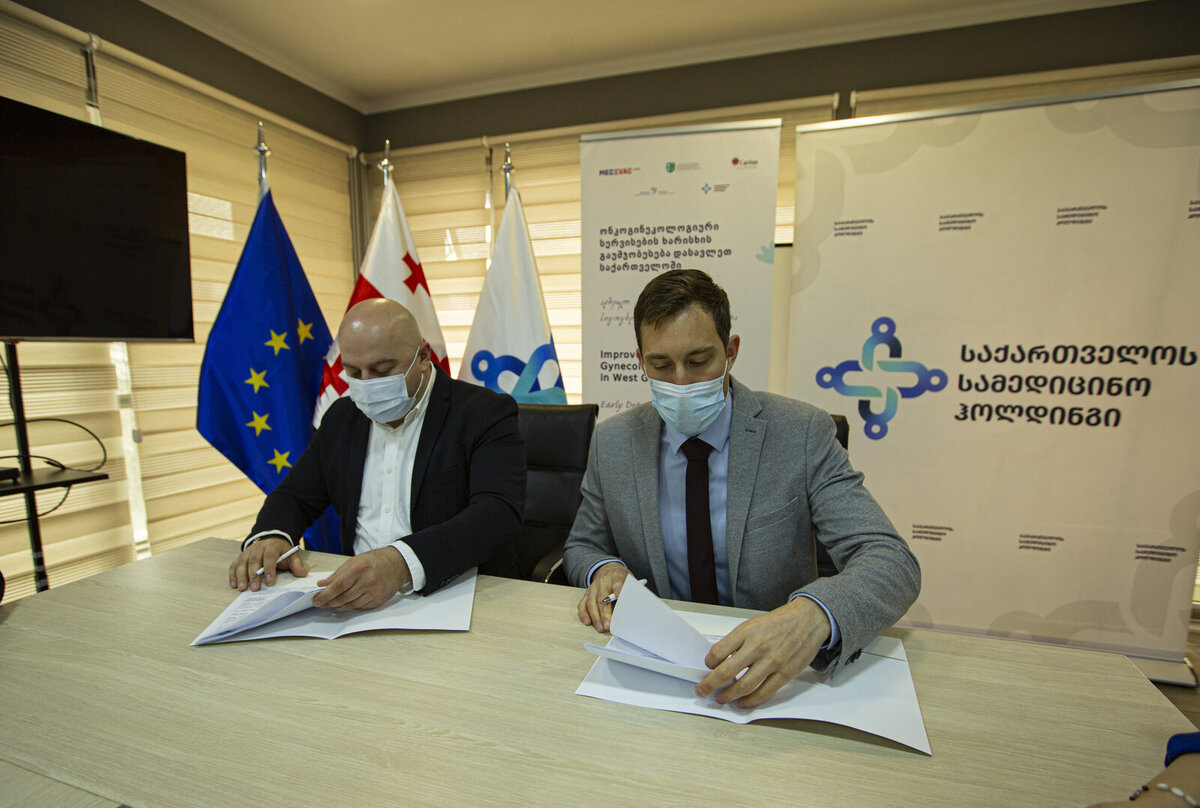 Specifically, gynecological departments of Rukhi and Batumi hospitals will be equipped with the latest models of endoscopy equipment and respective training will be provided for the medical staff of hospitals. The project also supports the increase of knowledge in the field of onco-gynecology for health workers of the primary healthcare system and will raise awareness about the importance of cancer prevention.

"The support that we will receive is important as it will make quality medical services more accessible to the population living in Adjara and Samegrelo regions. Also, the chances of early diagnostics of the disease will increase, which will reduce the mortality rate due to oncological diseases." – said Teimuraz Kapanadze, Director of Georgian Medical Holding. 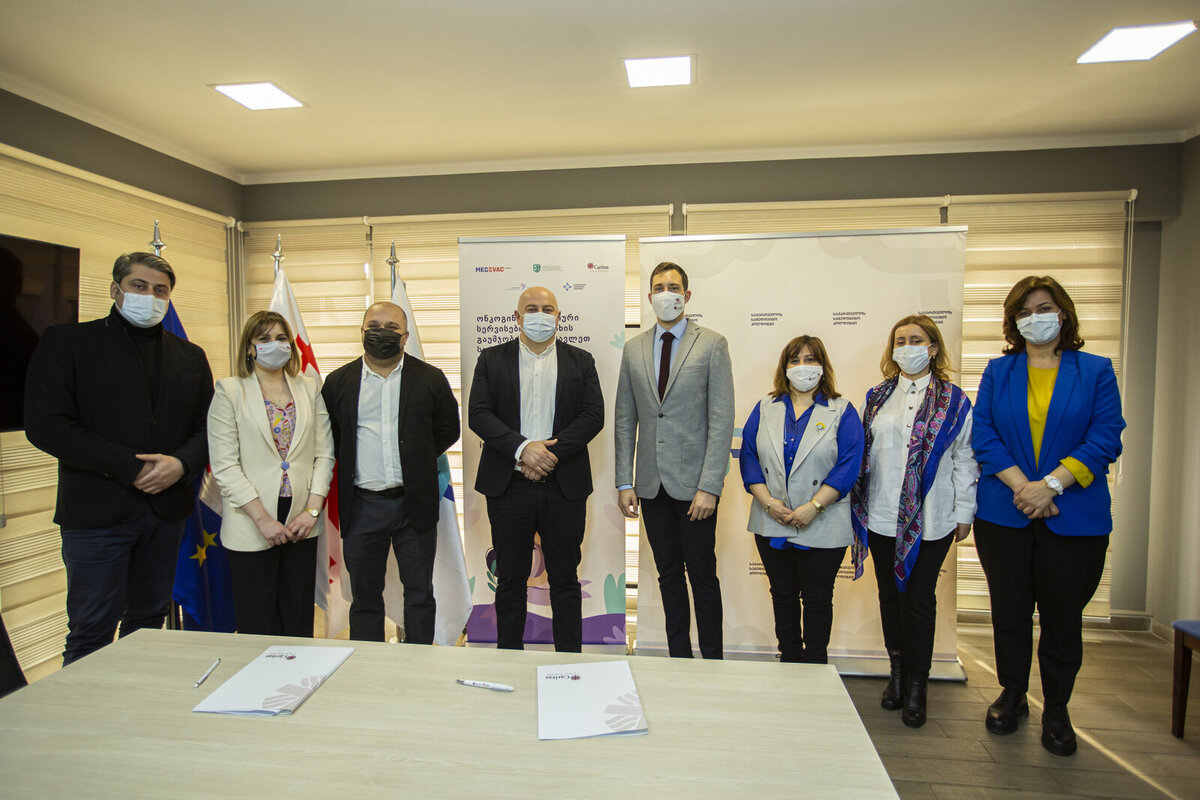 Cervical Cancer Among the most Prevalent in Georgia

Since 2015, annually, around 10 000 to 11 000 new cases of malignant tumors are registered in the cancer registry of Georgia. Out of this number, 56% is related to female cancer – cervical and uterus cancer is on the top list of ten most prevalent cancer diseases among women in Georgia. One of the problems is the late diagnosis of cancer.

The proposed intervention will address the needs related to low geographical accessibility and utilization of available screening programs as well as the need related to the low quality of oncology medical services provided in the regions of Georgia. The project budget is 205 000 Euros, out of which 70% will be allocated to buy equipment for the mentioned state hospitals managed by the project partner – Georgian Medical Holding.

Caritas Czech Republic has been conducting information campaigns on cancer prevention and early detection in the Samegrelo-Zemo Svaneti region since 2010. Initially, our organization provided medical examinations in the villages through a mobile clinic. However, for further medical services, locals had to travel to Tbilisi. In 2019, with the financial support from CzechAid, Caritas Czech Republic built Zugdidi Screening Center that enables the population of West Georgia to receive state screening services on the spot.

Since its opening in November 2019, Zugdidi Screening Center provides state programs for breast, cervical, colorectal, and prostate cancer screening for the whole population of West Georgia. Except that, it also provides therapeutic, gynecological, endocrinological, and other types of examinations and tests. After two years, more than 7 000 locals have already benefited from these medical services.

Within the framework of our new project carried out in close partnership with the Georgian Medical Holding, we believe that more people from West Georgia will have access to quality medical services for cancer prevention and early detection.